Okay, let me just lay it on the line here — my favorite decade is and was the ’80s. Pink legwarmers and parachute pants may be a bit dated now, but there’s a kind of zeitgeist about that time that really resonates with me. There are so many things we had in the ’80s that seem sadly extinct today, or at least not nearly as rad as back then.

Like what, you ask? Well, as it happens, I’ve put together a short list of things I miss most about those days.  Funny how that works, eh?

You know, back when MTV actually showed music videos.

Bonnie Tyler asks, “Where have all the good men gone, and where all the gods? Where’s the streetwise Hercules to fight the rising odds?”  That’s an excellent question, Bonnie. I sense a distinct lack of street toughs these days, too. It seemed like in the ’80s that the bandana-clad denizens of the streets were the coolest, most loyal people you could ever hope to meet.  Sure, you might have to demonstrate your street cred or ‘heart’ to them with an impromptu dance-off, or blistering guitar solo, but once you were in good with them, you had nothing to fear.  Luckiest were those street toughs who managed to impress the even rarer street goddess, who had short black hair, wore fingerless gloves, and either a suit jacket with padded shoulders and the sleeves rolled up or lots of really bright eye shadow (maybe both). 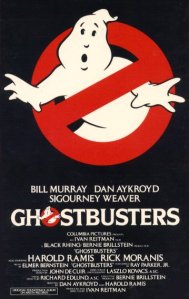 The ’80s were replete with dialogue that was either so incredibly memorable or so over-the-top ridiculous that it left an impression long after seeing it in the theatre or watching it on VHS. These are the movies that work their way into your everyday lexicon, the ones you find yourself reciting without even realizing it. While movies before and after this time still have plenty of pithy one-liners, the ’80s seems (to me, at least) to have the greatest concentration of movies with start-to-finish quotability. Here are my favorite examples: 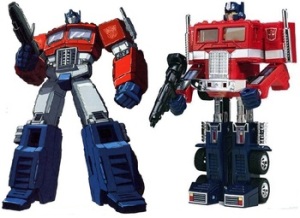 In this author’s humble opinion, this was the single greatest decade for toys, especially those that had a strategically timed 30-minute commercial playing either before school or just after it. Voltron, Thundercats, Silverhawks, M.A.S.K., Masters of the Universe, Visionaries, G.I. Joe and, of course, my favorite…The Transformers.  These were the cartoons that were the stuff of modern morality plays, teaching us to do what was right, be true to ourselves, and stay in school.  They certainly weren’t a ploy to get us to buy more toys, no siree! I mean, if some of the most beloved characters from my childhood were just part of a massive marketing machine to move colored pieces of plastic off the shelves of the local Kmart, that would just be…sad.

Arcades in the mall these days are total weak sauce. They might have a DDR knock-off, a multi-player racing game, and perhaps that rip-off toy grabber thingie — a far cry from the legendary arcades of yore. As a kid, the local Red Baron Arcade (Later Aladdin’s Castle and Tilt) was the place to go. The air was filled with a cacophony of overlapping, now-familiar video game sounds from Pac-Man, Tron, Galaga, Donkey Kong, Sinistar, Dragon’s Lair and the like. The colorful cabinets and 8-bit graphics were mesmerizing to my young mind. It all came together to create an atmosphere of fun the likes of which I have not seen since. To this day, building an ’80s-style arcade is one of my dreams.  Should I ever gain the means to do so, it will be Flynn’s Arcade all over again. Oh yeah… 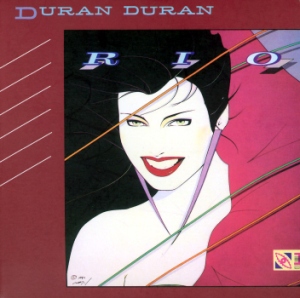 This was the time of the ‘Second British Invasion.’ Where The Beatles, The Rolling Stones, The Who, and The Moody Blues had crossed the pond in the ’60s, the ’80s were undeniably the time of Duran Duran, Depeche Mode, The Cure, The Petshop Boys, Tears For Fears, Dead or Alive, Howard Jones, A Flock of Seagulls, The Human League, and so many more. If you could mix a pop beat with some synth keyboard effects, and then have a male singer with an English accent sing over the top of it, you were golden.  Even though it can be hard to differentiate Level 42 from the Thompson Twins at times, there was just something about those bands that seemed to capture the fresh, optimistic spirit of the ’80s. There were a few hold-out bands who took this sound into the early ’90s (Cause and Effect comes to mind), but the fire of this genre largely died out with the decade itself.

I really could use a hug right now…or maybe I just need to go play The Legend of Zelda again.

This entry was posted on Friday, August 9th, 2013 at 7:58 pm and tagged with 80s, arcade, cartoons, new wave music, toys and posted in Silly Me, Uncategorized. You can follow any responses to this entry through the RSS 2.0 feed.
« My Pre-Writing Ritual
Backwards Compatible – Part 4: Cave Aculem »