Marvel’s latest addition to their cinematic universe released recently, taking the world by storm (sorry, couldn’t resist). While ranking 11th amongst  Marvel releases, it is nevertheless doing better than either of the previous Thor movies. It’s ranked at 92% on Rotten Tomatoes at the time of this writing. Let’s dive in.

First Impressions: I found the first two Thor films entertaining, but nowhere near Marvel’s strongest offerings. For my part, it’s sort of a toss-up between Iron Man 2 and Thor: The Dark World for worst movie in the MCU.  While I think that Chris Hemsworth plays Thor with just the right mix of power and humor, he wasn’t given much to work with in the first two installments. Director Taika Waititi has a fresh take on the character, so I’m in.

Perhaps my favorite scene in the movie. 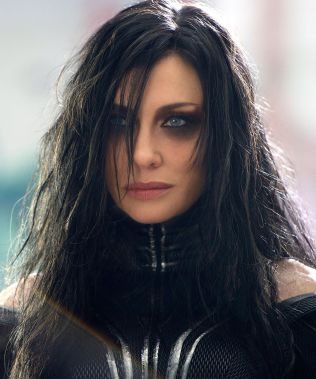 Remember when our eons-old home was destroyed right before our very eyes? Yeah that was HILARIOUS.

Is Hela really dead? She is the goddess of death, so I’m going to take a wild guess and say that she’s going to return. (Perhaps death is more of an inconvenience to her.) And will she be the incarnation of death that Thanos tries to woo when he gets the Infinity Gauntlet? Goth Cate Blanchett? Can’t say I blame him. Wow.

Will Mjolnir ever be reforged? If so, will that be the way they hand off the character to another actor or actress? They could go the route of the Odinson in the comics, which would allow the Hemsworth Thor to retire and rule Asgard in place of Odin. Might that open the door for Lady Thor or Beta Ray Bill to come in to fill that role as Midgard’s champion? Who shall be worthy?

What about Lady Sif? I know the real reason she’s not here is because of Jaimie Alexander’s RL scheduling conflicts, but since she (Lady Sif) wasn’t present for Ragnarok (and the culling of Thor’s companions), maybe she’s still out there somewhere, and can rejoin her people at a later time.

How does Thor get from the starship at the end of the movie to the meet-up with the Guardians of the Galaxy in Infinity War?  What does that mean for the handful of Asgardian survivors? Will Asgard be refounded on Earth, perhaps in Norway, or even Oklahoma, per the comics?

Loki almost certainly grabbed the Tesseract while in the vault, so does he (once again) betray his fellow Asgardians by giving it to Thanos? Or does that go down some other way?

I liked this movie quite a bit. There are really great moments in it, and the comedy usually works, even if it’s at the expense of the drama at times. As I said before, I found the other two Thor movies entertaining, but not the best the MCU has produced. Thor needed a different take for the third installment, and I think this movie delivers on just that. It’s unfortunate that we may not see Chris Hemsworth in his own movie again, just as the Thor franchise seems to have found a combination that works. I do hope that Taika Waititi has the chance to helm another Marvel blockbuster, because I think he worked wonders with this one.