[Note: I do not consider myself a movie critic. What follows is just one fanboy’s opinion based off of a single double triple viewing of the film. Oh, and there are SPOILERS ahead, so take heed.]

[No, really…I’m spoiling everything here. If you haven’t seen the movie, do not read this.]

Since November, I’ve had to take a break from this blog. I’ve had so many ideas, and even a few posts mostly fleshed out, but none that really gelled. I wanted to share my thoughts on The Last Jedi, Pacific Rim: Uprising and Black Panther. I’ll get to those in an abbreviated way soon, which is why we’ve skipped ahead to number twelve in our listing.

This is going to end in tears, isn’t it?

In any case, let’s talk about this magnificent supernova of heroism and sadness we call Avengers: Infinity War. Let’s do this.

First Impressions: This is the culmination of 10 years of the Marvel Cinematic Universe, one of the most (arguably the most) ambitious movie continuities to date. It all started with the original Iron Man. And while some of the MCU’s offerings haven’t been as strong as others, all of them have been entertaining. Since it all connects here, you could characterize my initial stance on this film as: “By the great beard of Odin, and the dark glasses of Stan Lee, please don’t let this suck!” A surprise to no one, I loved this movie, even if it made some deep cuts that will not fully heal until this time next year, and maybe not even then.

“Dude, you’re embarrassing me in front of the wizards.”

“Rejoice, for even in the death you have become the Children of Thanos.”

[Just a note—this section is both the things that hurt a lot (but that I think were still great parts of the movie) as well as the things that I didn’t care for. So, it’s not all bad here.] 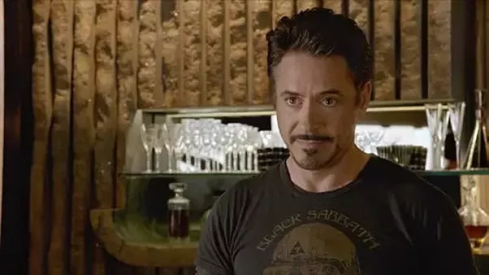 The biggest question, for me, is how do the Avengers undo the Snapture? And if they are able to bring people back, do all of them who turned to dust come back, or only some? What would a Spider-Man movie look like without Peter Parker? Are we talking Miles Morales? Same thing with Black Panther (Shuri?), and the Guardians of the Galaxy, who lost everyone except Rocket and I guess Nebula.

If the heroes bring the dusted back, are they also able to bring back Gamora, Loki, or Heimdall? Did Loki really die? It certainly seemed legit this time around, but Loki is the God of Trickery, so perhaps we shouldn’t count him out entirely. Did Doctor Strange have a plan? He certainly seemed to do an about-face on his duty to protect the Time Stone, and with the only stipulation that Thanos spare Tony Stark. Does that make Tony the turning point in the next film?

And what is the friggin’ NAME of the next Avengers film, already?! The Russo Brothers have said the name of the next movie is a kind of spoiler in and of itself. What is the ultimate fate of Thanos? Of the Infinity Stones? Will Adam Warlock burst out of this golden chrysalis on Sovereign and swoop in at the end? What will a post-Avengers 4 MCU look like? 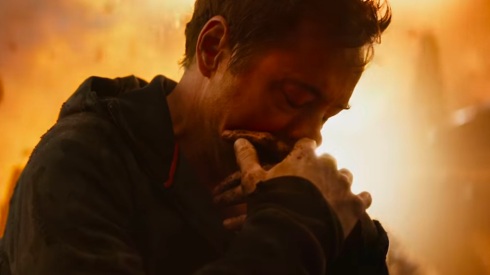 Since we lost so many characters in one movie (sixteen on-screen deaths), and there is so much to take in, here are the final statuses of our heroes when the credits roll.

[We know these characters survive the Snapture.]

[The ones we don’t see dusted, who could still be alive.]

[The ones we don’t see at all, who could be potential reinforcements in the next movie.]

“I’ve lived by life by those sentiments. They’re worth dying for.”

Holy crap! On so many levels—HOLY CRAP! I went in with mid-level expectations since I didn’t want to buy into the hype and be disappointed. As with many movies that I care about, I just didn’t want it to suck. Not only did Avengers 3 not suck, I was blown away by it. The scope of it, the action sequences, the humor, all the character moments, Alan Silvestri’s score, the pain and loss—wow. Even with the metacontextual knowledge that T’Challa and Peter Parker will almost certainly be back in time for their sequels, the ending hit hard.

Infinity War is a major jewel in the MCU’s crown, standing up there with Winter Soldier and the first Avengers, and it’s going to be a long, long wait until May of next year.