[Note: I do not consider myself a movie critic. What follows is just one fanboy’s opinion based off of a single (let’s be real here) double viewing of the film. Oh, and there are SPOILERS ahead, so take heed.]

This is the year of heroes fighting heroes. Batman and Superman. Daredevil and the Punisher. And, of course, #TeamCap and #TeamIronMan. Here are my thoughts on this pivotal moment in the Marvel Cinematic Universe, Captain America: Civil War.

What’s so civil about war anyway?

First Impressions: I was not a fan of the Civil War comic book arc, and I could not wait for Marvel to hit the proverbial reset button on it. Furthermore, I’m not generally keen on superheroes fighting each other, but I understand why it happens. So, I’m already a ‘hard sell’ going into this, but this is the Russo Brothers we’re talking about, and Captain America: The Winter Soldier was excellent. Let’s see how this turns out.

– I think the ideological conflict between Captain America and Iron Man is well argued on both sides. I can see why Tony believes that the Avengers need to be accountable to the nations of the world, and why Cap thinks that giving up the freedom to choose is a bad idea. I was afraid that the arguments would all be for Cap (since it’s his movie), but I felt drawn to both sides of the conflict at different times.

– SPIDER-MAN! Wow, Tom Holland totally nailed it. The scene between Peter Parker and Tony Stark may be my favorite scene in the entire movie. I am really looking forward to Spider-Man: Homecoming.

– Ditto for BLACK PANTHER! Chadwick Boseman was incredible as T’Challa. I can’t wait to see him in his own movie.

– The action set pieces in this movie are eye-popping. The fight at the airport is one of the best superhero action sequences I have ever seen on film. Full stop.

– Even the heroes that didn’t have much screen time all had their moments. Colonel Rhodes, Vision, Antman, Hawkeye…every single performance was outstanding.

– I loved Falcon’s new gadgets and how he used his wings as a shield to ward off bullets.  Also, his little drone “Red Wing.” Nice Easter egg there, guys.

– The moment when we see Tony firing his repulsors directly into Cap’s shield in slow motion. It only lasts for a second, but that scene is visual poetry.

– The Feels. I genuinely care about these characters, and watching them fight is rough. Heartbreaking, more like.

– These heroes at least try to talk to one another before coming to blows, unlike another much-publicized superhero showdown this year. 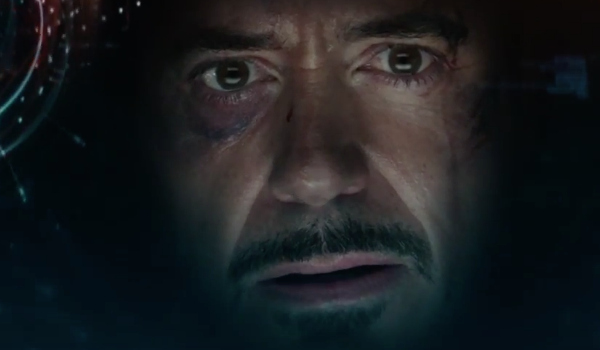 – The VILLAIN. He seems completely superfluous, and is easily the weakest part of the story. The clash of ideas here was strong enough that they really didn’t need a puppet master behind the scenes. And this guy’s master plan requires far too much to go exactly the right way (factors he can’t possibly control) for it to go off.

– The villain’s plan actually works. Not completely, mind you, but he does a good enough job of splitting the Avengers to the point where it will take some time to get them back together.

– The underlying theme of blaming the heroes for stepping in to stop horrible things from happening. If an arsonist sets your whole city block on fire, and you lose your family in the blaze, would you really blame the firemen for not saving them? Or would you blame the arsonist who set the fire in the first place?

– How quickly Tony Stark turns on Cap and Bucky – again. I understand that Tony sees Bucky murder his parents, but it has been said time and time again that Bucky had been brainwashed to do it, that he was clearly not in his right mind. I understand the anger, and the feelings of betrayal since Cap knew about it and said nothing, but to immediately attack the both of them? That seemed like too much of a stretch.

– I find it a little hard to believe that the Avengers would have just packed up and left after Sokovia, and not stayed around to help with search and rescue efforts. In fact, we hear Tony mention the ‘Stark Relief Foundation’ after his rumble in the Hulkbuster armor. So, it sounds like the Avengers don’t just shrug their shoulders and peace out after one of their epic throw-downs. 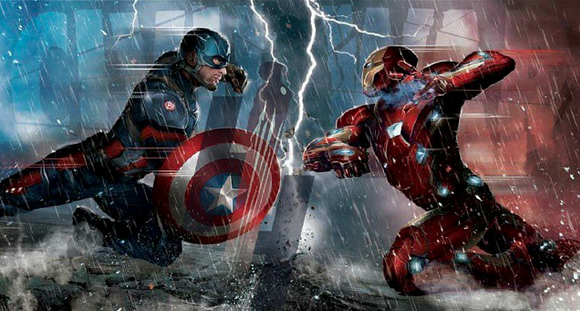 How did it come to this?

I really liked this movie. When the MCU gets it right, which it does more often than not, it is a wonder to behold. The characterizations are all spot on, the acting first-rate, and the action gorgeous without being empty spectacle. I rate this newest offering right up there with the first Iron Man, Winter Soldier, and the first Avengers. It sets my little fanboy heart all aflutter. I hope to catch it another time or two before it leaves the theatres.

Hopefully, we are done with the heroes-fighting-heroes trope for a while, or worse yet, heroes being punished for doing right thing, risking their lives for others, and taking the blame anyway. We don’t need that kind of Christopher Nolan-esque crap in the MCU.