At the Intersection of Transformers and Life

Folks, I usually try to keep the details of my personal life off this blog. Today, I’m breaking that rule to some degree. The Sector M blog has always been about the things I enjoy, whether thought experiments, ruminations on movies, books, and games, or musings on toy and cartoon properties from the ’80s. I’m sure there are more than a few out there who might admonish me, a grown man, for ‘wasting my time’ with all this childish nonsense. 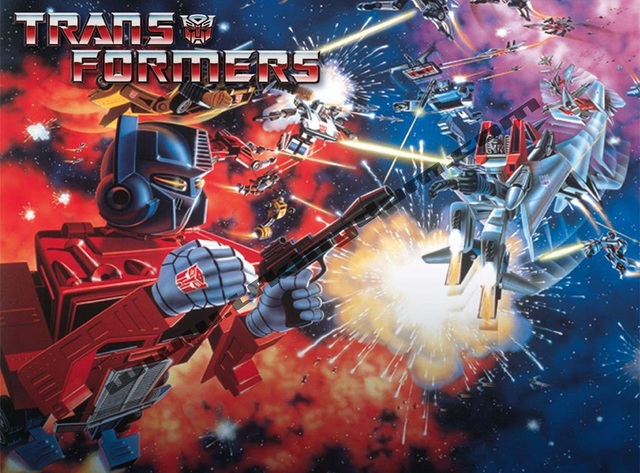 My first ever glimpse of Optimus Prime.

What they may not realize is just how deeply I care about these things. They are a part of me. Once, I tried to deny them, but I was miserable. When I unabashedly embraced my inner geek, only then did I thrive. Those who don’t understand the fascination with fandom miss out on a key detail: I’m a fan because my life has intersected with each of these things in the past, often just when I needed it.

Star Trek taught me to be hopeful and optimistic for the future. Marvel comics showed me that there could be beauty in being different. Batman took personal tragedy and turned it into something  positive. Robotech was the first to show me that in any armed conflict, people die. And so on, and so on, I could go on all day. But the one that resonated with me the most was Transformers, which is no surprise if you’ve followed this blog. My office is filled with the toys, new and old. I’m thankful to still have many of the originals I had as a kid. 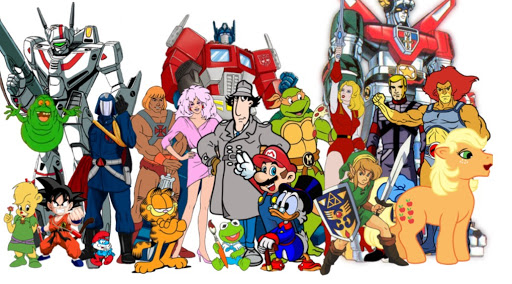 I have something to say about pretty much everything here.

Why do I bring this up? Well, I’m sorry to say that I lost someone very dear to me a month ago at the time of this writing. It was completely unexpected, and I’m still reeling from the loss. This post is a tribute to her. My godmother famously hated funerals or memorials of any kind. I mean, no one likes funerals, but she had a particular hatred of them. In accordance with her wishes, I will not name her here, but I will use the nickname she preferred. She referred to herself as a Nanny bird, or simply “Nanny.”

Despite the name, she was much more than babysitter. My godparents were more like an extra set of beloved grandparents when I was growing up. Nanny herself was an interesting lady. She drove a white Chrysler Conquest sports car with leather bucket seats. (It was one of the first cars that would speak to let you know “Your door is ajar.”) She was tall with high cheekbones and a long Helen Mirren nose that she attributed to her Spanish heritage. (Her brother, in fact, looked like you could put him in a morion helmet and breastplate and he would have blended in perfectly with a group of conquistadors.)

She loved abstract art, jewelry, and bright colors, especially teals, purple, and yellow. Her favorite perfume was Giorgio that came in the yellow and white striped box. Later, she was a SCUBA instructor, an emergency medical responder, and a volunteer fire-fighter. More than all that, she loved everyone around her fiercely, and woe betide anyone who hurt someone under her protective aegis.

My godparents certainly did their best to spoil me rotten. My parents at the time weren’t in a position to buy me many toys, but my godparents were a different story. In fact, Nanny was the one who bought me my very first Transformer, and I still have him. 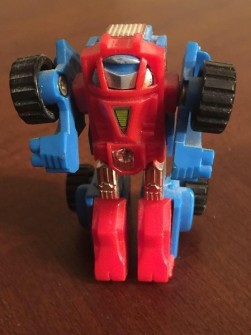 He still transforms, too.

This would have been in the autumn of 1984. We were in the old Walmart in Athens, Texas. I remember that we were on our way to the checkout when I spotted him. He wasn’t in the toy isle. Instead, he was on one of those miscellaneous shelves near the front (possibly where they were going to set up for Halloween). Someone had picked him up and then changed their mind. That choice set a trajectory for me as a kid. It was the combination of red and blue that caught my eye. The packaging design, with its action mural and stand-out metallic logo, was just really cool. 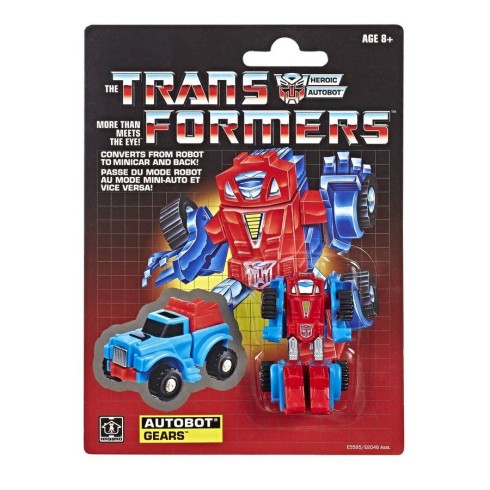 This is where it all began.

I was already into GoBots at the time, but I found them somewhat lacking. Their names were often uninteresting (a tank was named “Tank,” and a helicopter was “Cop-Tur,” and so on) and their reason for being was not really developed. When I picked up Gears that day, I flipped him over and found his “tech specs” on the back of the package.

This guy didn’t sound like a traditional robot. He didn’t like people, he was cranky, a pessimist, and a pain in the neck. Yet, he did this to cheer his fellow Autobots up. I was intrigued at the notion of robots with distinct personalities, with like and dislikes. They were robots who were like people. This was the spark that lit my imagination. Gears himself was no more complex in design than the simplest of GoBots, but he was part of a story that felt like it had substance.

I asked Nanny if I could have him, and she agreed. I think he was less than $4 at the time. So, she was there with me at the earliest dawning of my fandom. Gears was just the first of many. Bumblebee (both the yellow and red versions), Cliffjumper, Huffer, and a number of others in that original G1 line were soon to follow. Nanny thought they were neat in the way they could fold up to become a vehicle or into “metal man.” When the cartoons started on TV, she meticulously recorded them for me on VHS before they were ever available to buy. 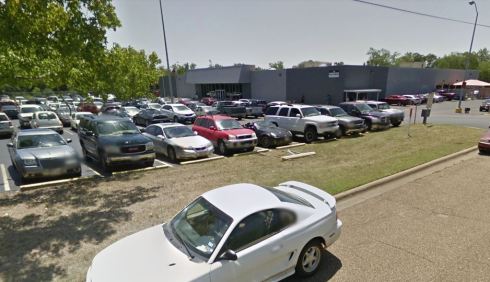 Years ago this building was a K-Mart. This was my other major outlet for toys, particular the Robots in Disguise.

That’s where I first heard Peter Cullen’s Optimus Prime voice. With most other toy lines, I tended to like the villains more than the heroes. Transformers was different. The Autobots were noble, brave, and courageous. No one personified those high ideals more than Prime himself, and I had the opportunity to watch my favorite episodes play out at will thanks to Nanny’s wizard ability to program a VCR. For a kid who often had trouble relating to others and was painfully shy, Transformers was all about the power of teamwork and standing up for what was right. It found me at just the right time.

As a quick aside, my mother was the one who bought me my Optimus Prime. It was expensive for the time, and she asked my godparents not to get him for me (which they were willing to do). I had a bit of trouble in school back then, and my mom told me that if I improved my grades, the Autobot supreme commander was mine. Six weeks later, I turned in a report card with an “A” in every subject. On the way to the store to get him, Wham’s “Wake Me Up Before You Go-Go” played on the radio. (There’s your earworm for today.) It’s funny what you remember, huh? 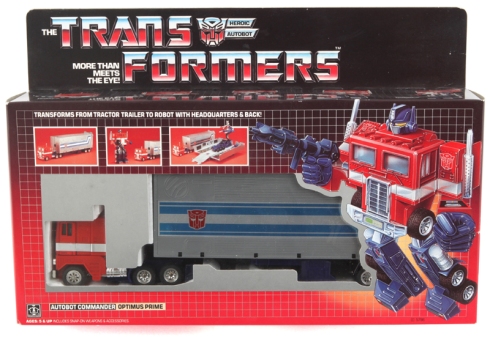 This was my Holy Grail as a kid.

Anyway, as my Transformers interest grew, Nanny helped me build my collection. My godfather would scour the Toy R’ Us stores in Dallas for the stuff we couldn’t find in Athens or the surrounding area. All told, about 80% or more of the Transformers I ever had as a kid came from the two of them.

By 1985, the new series of Transformers hit shelves. Soon the Insecticons,  Jetfire (Skyfire in the cartoon), Omega Supreme, and the Constructicons joined the others in my collection. I remember the day that she took me into Daniel’s pharmacy in Athens, a store that had an unusually well-stocked toy aisle. 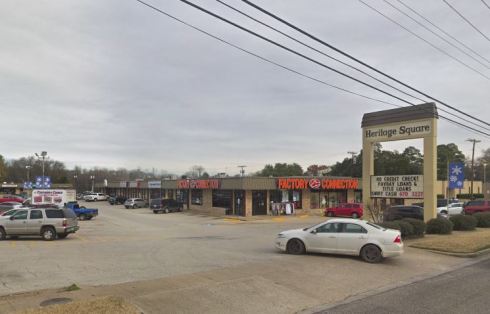 Even though it was technically out of bounds to get so many at one time, she bought me all six of the Constructicons in their individual packaging. As I was opening them all up in the car, Hook’s legs broke off in my hand. The silver plastic they used back then would often break like that. Nanny marched back in and exchanged it for another one. As I opened that one up, the same thing happened. So, she did it again, and just like Swamp Castle of Monty Python fame, the third one proved to be fine. Sadly, only one of those original six figures has survived to the present. It’s Mixmaster, the concrete mixer truck. He is on a shelf in my office right now, once again reprising his role as Devastator’s left leg.

She was also the one who took me to the see Transformers: The Movie in August of 1986, which I wrote about here. So, Nanny was the one who had to deal with a crying kid when Prime, the very embodiment of what I loved about Transformers, died right before my eyes. (I also mentioned her as being the spark for my interest in Greek culture here.) 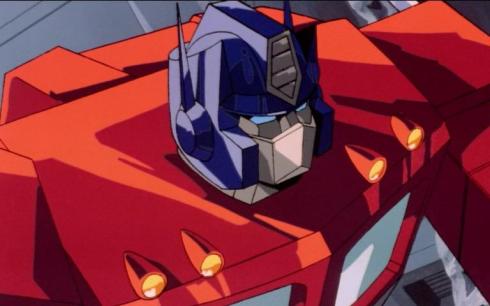 A moment in time.

Fast-forward to present day. Now I run a tabletop RPG based on Transformers, in a system that I kit-bashed from at least two other games. It’s been running for almost ten years now. Besides writing speculative fiction, that game might be the single geekiest endeavor I’m a part of. (And, boy, is that saying something!)

My memories of the toys and cartoons have always been inextricably linked to Nanny. She was an active participant in enabling and building my most favorite of fandoms. And when I started making up stories about the characters, my first forays into storytelling, she would sit patiently for hours as I would tell them, and ask leading questions so I would have to delve deeper into what I had created. I will always remember that. 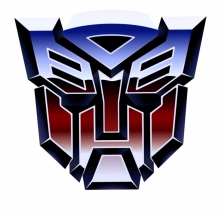 But now she has left us, and there is large hole left in my heart and in my life. So much of who I am today can be traced back to her. I miss her with every keystroke I write here, folks. I’m to the stage where I will have periods of normalcy punctuated by spikes of grief that come out of nowhere. I won’t lie, it sucketh mightily.

And yet, here I sit in the Museum of Matt with so many reminders of her standing in silent vigil around me. I originally thought all those bots, all those memories, would make it harder to write this account, but I was wrong; they are physical reminders of the positive effect she had, and continues to have, on me. I’m grateful for that.

So never let anyone tell you your love for a particular fandom is silly or stupid. Our time on this planet is all too brief, so hold onto those things you love. Take it from me, okay?

‘Til All Are One! 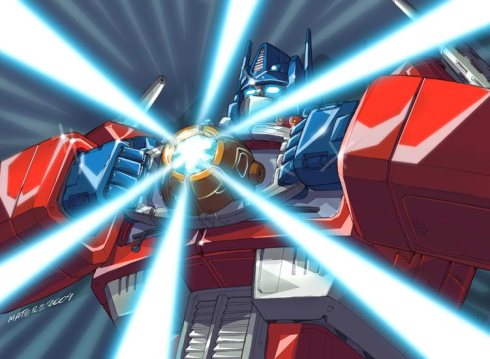 [P.S. – I started writing this post before COVID-19 really exploded here in the U.S. My family and I are practicing social/physical distancing, and I hope you are, too. Please be safe out there and wash your hands, okay? Much love from Sector M.  -MC]