Since no one who reads Matt’s blog knows me from Black Adam, I’ll give you a quick profile: I’m in the advertising business, and I’ve been reading comics (Marvel) for around 49 years. ‘Nuff said. (I don’t want to bore anyone with the gory details of my Paris to Dakar failure in ’98, or my savage war with the peanut butter industry – I’ll simply leave that to your imagination.)

Anyway, Matt – being quite an intelligent fellow – often regales me with his detailed knowledge of Greek history, movies, and comics. (Notably the DC side of comics, of which I am intrigued by, but largely ignorant.) So when he encouraged me to throw in my two cents on his blog, I was anxious to oblige.

I figured, in an effort to foment some fun thought and discussion, I’d start by hitting a few comic-world opinions you may, or may not agree with.

The Merc With A Mouth.

Deadpool – Is it just me, or has the writing for Deadpool become lazy and cyclical? I LOVE Deadpool. The character, the irreverence, the cheeky format that allows them to go to places most comic characters can’t go. But lately, every time I pick up a DP title, the story seems to include some sort of dismemberment for Wade.

Wade sets into “whatever” plot. He encounters a baddie. And the baddie (no matter what his skill level) eviscerates, or disembowels, or amputates, or shoots & stabs him. Naturally, because of his miracle healing power, he generally (arguably?) prevails.

But isn’t Deadpool supposed to be some kind of expert fighter/swordsman/assassin/marksman? Why the inept bumbling with EVERY villain? Every time? I present the following from Marvel’s own Deadpool profile:

Deadpool is an extraordinary hand-to-hand combatant and is skilled in multiple unarmed combat techniques. He is a master of assassination techniques, is an excellent marksman, and is highly skilled with bladed weapons (frequently carrying two swords strapped to his back). He is fluent in Japanese, German, Spanish, amongst other languages.

(For laughs, let’s juxtapose Deady’s stats with say… Hawkeye, who, despite having no real super powers, has (mostly) managed to dodge fatal attacks and dismemberment.) 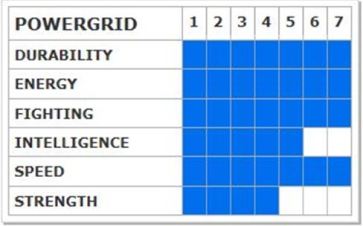 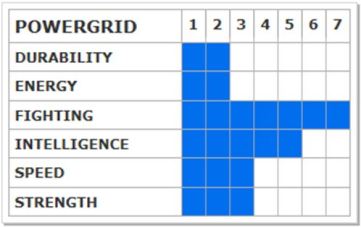 Deadpool’s natural physical attributes have been enhanced. Deadpool’s musculature generates considerably less fatigue toxins than the muscles of an ordinary human being, granting him superhuman levels of stamina in all physical activities. His natural strength, agility and reflexes have been enhanced to levels that are beyond the natural limits of the human body. Deadpool’s agility and reaction time are superior to those of even the finest human athlete.

So how come Mr. Pool keeps getting shot in the face? Is it just for our amusement and titillation? Are the writers so lazy they can’t think of situations where Wade might actually show enough skill to NOT get his arm chopped off? Or is it simply because Wade is so crazy he doesn’t even try to avoid injury?

I’m not saying I never want to see Wade get abused, but once in a while I’d love to see him take care of business without being mutilated. (Sigh) Am I just gettin’ too old for comics? GOD forbid… but maybe. 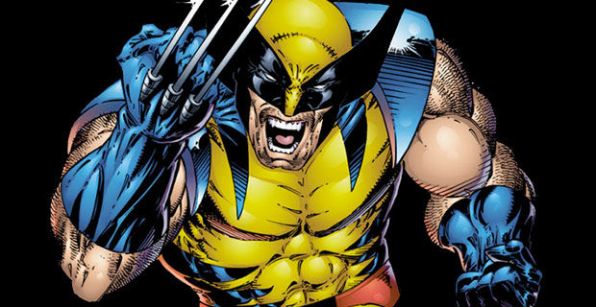 Wolverine – See Deadpool rant. I have the same issue with Mr. Howlett. (Loss-of-healing-factor issues notwithstanding.) I know he comes at enemies like a weed whacking tank – with little thought but, OCCASIONALLY, I’d like to see Logan’s vaunted “Samurai training” and 100-year fighting experience pan out BEFORE he takes a sword/bullet/laser to the gut. JMO, of course, but is it too much to ask?

Again, if Spidey, Cap, Clint Barton, Daredevil, Batman AND Robin can dodge fatal knife, bullet, and death-ray wounds successfully for 50(+) years, why can’t Wolverine and Deadpool once in a blue moon? Throw a little love to character profile continuity.

This entry was posted on Sunday, March 1st, 2015 at 2:05 am and tagged with Comics, Deadpool, Fanboy Opinion, Regeneration, Wolverine, Writing challenges and posted in General Stuff, Guest Blogs. You can follow any responses to this entry through the RSS 2.0 feed.
« Fanboy Movie Review #1 – Jupiter Ascending
Bronies and Fan Shaming »