A quick note before we begin…

Normally I try to keep things upbeat and positive here. This time around, I’m going to offer some criticism, which could be taken as negative. Understand that these are just my personal opinions, and that they are stated here to show you where I picked up on The Backwards Mask. If you are a fan of Paul Brunette’s novels (or are Paul himself), you might want to skip this one.

Still with me? Okay, let’s continue.

I admit that I found the first two novels of the New Era trilogy rather ‘meh.’  Game-based fiction is notoriously hit or miss. To me, game-based fiction should not just be a shallow commercial for the game world it represents as much as a good story that just so happens to take place in that setting. I mean, you can find some of the best and worst examples of game-based fiction in the Dragonlance setting alone. The core books (Chronicles and Legends) are brilliant, and some of my all-time favorites. Outside of Margaret Weis and Tracy Hickman? Well…

So, the first book of the TNE trilogy, The Death of Wisdom, seemed a bit bland, along with the characters and story. There were moments that were really engaging, but they were few and far between. It was not the worst thing I had ever read (far from it), but it was largely on the forgettable side. The premise of the book seemed like it should be far weightier than it came across. They were talking about the possible collapse of the Reformation Coalition, one of the only beacons of human civilization left in an otherwise dark and twisted universe. The characters just seemed rather nonchalant about the whole deal.

The next book, To Dream of Chaos, was better than the first one. It still left much to be desired in my opinion, but the characters seemed much more alive.  Most of the things that bothered me about this book were those staples of the setting itself (more on that later). There were some strange curveballs in there that left me scratching my head in places, but on the whole it was a improvement. It unfortunately left off on a mild cliffhanger. 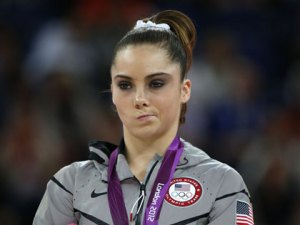 What do you think of the story so far, McKayla?

That’s where I stepped in.

As I stated in Part 2, I had no idea where the story was supposed to go from there. I had some ideas, sure, but nothing unified. It was a just a loose mosaic of vignettes and scenes in my head. I knew that the third installment really needed to up the ante, and bring together the struggles of the first and second volumes. While I couldn’t change the characters, or their names, I could try to make them my own. The same went for the story. It had to be one that interested me or else it would never hold the reader’s interest. I pondered this during my months of research into the setting, and my endless re-readings of the first two novels.

I remember when I finally had my “Eureka!” moment. I had created, and discarded, a dozen ideas of how I could do justice to the story, of how it all might work. Apparently my subconscious had been chewing away at the problems I faced, because when the story came to me, it was all at once. Zowie! It was as though the Adam West Batman had finally knocked some sense into me. 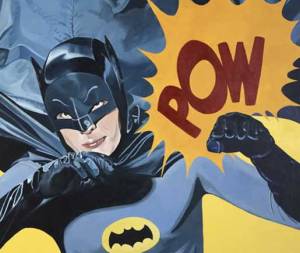 There was the story, all laid out in front of me in a strange moment of clarity. Now all I had to do was get it on paper.

Should be simple, right?

When we last left off, our author was tasked with reigniting a milieu that had long since grown cold. We also secretly switched his coffee with new Folger’s crystals. Let see what happens (particularly since he doesn’t even drink coffee)!

Okay, so there were some immediate challenges facing me on this project, which I will outline here in a conveniently numbered format.

When we started, all we had to go on was the name (The Backwards Mask) and the existing cover art in black and white. There was no indication of where the storyline was going from the second book or how Paul Brunette intended to wrap up the trilogy.

After much debate and back and forth, Marc and I decided to create the new story as he put it “out of whole cloth.” I scoured the setting books and the two novels to figure out the core of the third story. In many ways it was harder than writing one from scratch. I needed to write a novel that was, if you’ll forgive the term, backwards compatible with the other books. At the same time, the series had been fallow for over a decade. While you could still find the first two novels in used book stores, Amazon and eBay, they weren’t readily available. That meant that the third story would need to complete the trilogy AND work well as a standalone story.

So how does one go about doing that? 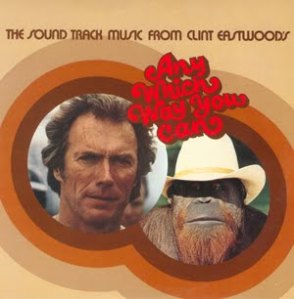 Whoah, thanks for the assist, Philo and Clyde!

Since I was stepping in after two novels, I inherited characters and storylines that were not my own. It was not unlike a comic book author who takes over a title after the previous writer’s run. You want to tell your story, but you don’t want to break faith with what has gone before too much, even if it’s terribly inconvenient. Sure, you can wave the ‘retcon’ wand around if you want, but that can work against you if you give your readers too much of a disconnect.

Much of the crew of the aboard RCS Hornet did not have given names. Instead, they were known by their taccode, or callsign. Even though it was part of the property, the excessive use of callsigns felt a little artificial to me, and seemed like a throwback to Top Gun.  I understand that many pilots in the armed forces (in real life) do use their monikers in place of their real names, but this wasn’t just limited to pilots. Practically every character involved with the Reformation Coalition had to have one, seemingly from the highest commanding officer to the professors at the academy. Did the janitors and the mailmen have them in the Coalition as well? When a character’s mother, a politician or someone outside of the military addresses them, did they use their callsign then as well?

Negative, Ghostrider. Clearly, I would have to fill in the blanks in some places, and explain away things that didn’t make sense in others. In short, I needed to write my way around certain elements to get free and clear to tell my story. 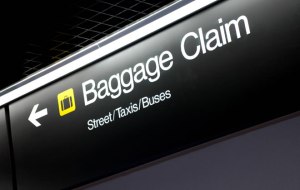 What do you mean Whizbang and Bonzo have no real names? Seriously?

Besides all of the story elements, characters and history that I had to account for in the third installment, I had to contend with something else. The novels were not entirely consistent with the game books of the setting. There was some definite rule bending when it came to ships and how they operated. Even the game books varied at times from the ‘classic’ canon of the rest of the Traveller universe.

Worse yet, the game books themselves were not consistent with each other. One of the New Era books couldn’t decide who the Empress of Solee was (the leader of the bad guys) within its own pages. Was she an ex-naval officer who used her expertise to overthrow a planetary government and crown herself Queen, or had she been born a noble, inherited her throne by nefarious means, but had no real military expertise whatsoever?

There was also a ship named the Ashtabula, which was pretty much like the Enterprise in Star Trek (any of the non-Scott Bakula ones at any rate). In one place it said that there were only two people alive who had served aboard the ship before she disappeared. In another place it mentions that one of the intelligence types attached to the government (who was still alive) had once served aboard her. And on…and on… 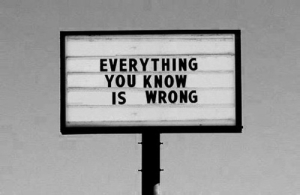 But then…how do you know?

Once I had a solid look at the wall I was expected scale, it suddenly seemed much taller than I had originally thought.

But this was me…not giving up. *Cue the 80s inspirational power chords.*

You knew it was coming…the inevitable post about my novel. This is, in fact, the first in a series of posts explaining how my novel came about.  The road from its inception to execution was a long and twisting one.

Well, let’s start at the beginning. 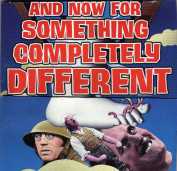 In the mid-90s, Games Designers’ Workshop (hitherto referred to as GDW) launched their expansion to the popular Traveller RPG universe, entitled “Traveller: The New Era.” Unlike previous milieus of the game, which centered around a massive star-spanning Empire, this one was post-apocalyptic. Now I’m not talking your run-of-the-mill Mad Max/Tina Turner post apocalypse. No, this was devastation on an interstellar scale.

In the time period of The New Era, the great Empire is toast, laid waste thanks to an insidious, self-aware computer virus that makes Skynet look shy and retiring by comparison. The virus (appropriately named “Virus”) has ravaged the Empire and its citizens, leaving trillions dead in sector after sector of smashed and ruined worlds. 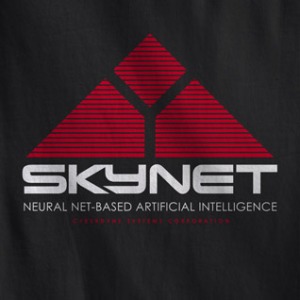 Yet not all hope is lost. There are little islands of civilization among the vast ocean of cemetery worlds and boneyards that struggle to recover in the wake of the worst calamity in all of human history. It’s an uphill climb for the survivors to avoid a descent into barbarism and darkness. If that weren’t enough, Virus is still out there, waiting to finish what it started. Civilization itself hangs by a very thin thread.

Pretty bleak stuff, huh? Well, many fans of Traveller thought the same thing, including yours truly. The epic scope of the previous settings shrank dramatically. Instead of focusing on an empire of 11,000 star systems, the new setting introduced the Reformation Coalition, a small polity with a little over 20. It was a controversial move and one that would divide fans of the ‘classic’ Traveller universe from those of the New Era to this day. 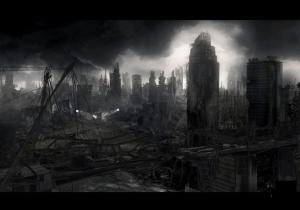 To promote this new setting, GDW added a trilogy of science fiction novels to their lineup to explore the setting in detail.  Paul Brunette was chosen to tackle this project. He produced The Death of Wisdom and To Dream of Chaos. Before the third novel − The Backwards Mask − could be commissioned, however, GDW went out of business. The New Era trilogy went into limbo.

Years passed, until I happened to meet Marc Miller (the creator of the Traveller universe) at a convention. At the time I was working as a writer for a game company. Though I was just a fan, Marc took the time out of his busy schedule to sit and talk with me. There was a great richness to the Traveller universe that I felt lent itself to fiction, and Marc agreed. After the convention, we started an email dialogue where we discussed possible Traveller fiction ideas. It was during this time that Marc dusted off the unfinished TNE trilogy and offered me the chance to write the third installment.

Of course, I jumped at it.